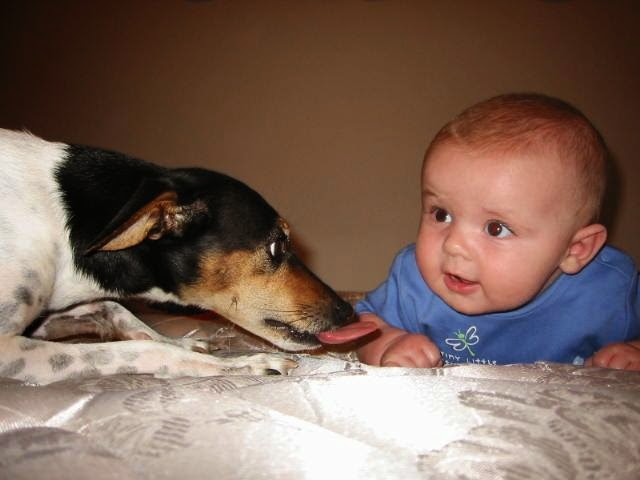 When my son Jack was born, one of the first introductions we had to make was to his furry brother and sister, Milo and Pepper.

Both Milo and Pepper have been in our lives for over 15 years.  Of the two, Pepper has always been the owner of the title, "the crazy one."  Definitely the dominant dog in the house and always a bit hyper, Pepper quickly earned the nick-name, "Pepper-down!" I'm not sure what it was about that dog, but she earned herself a number of silly nicknames through the years. Officially, her name is Pepper Roni Tremblay, but she has also been called on many occasions: CrazyGirl, Pickleberry & Little Terror. 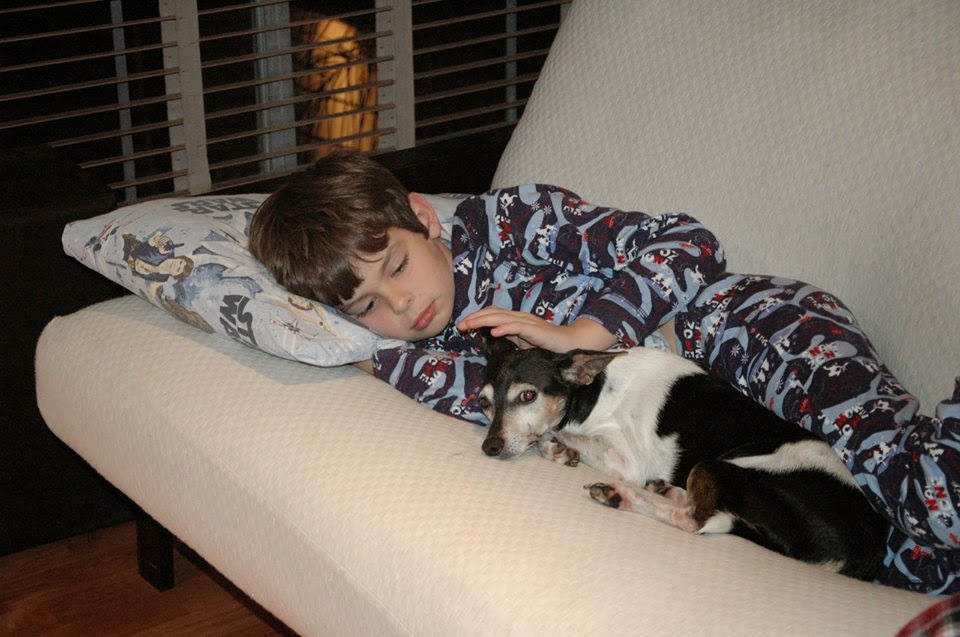 Three moves ago, we lived in a house that had a doggy door.  With free access to the fenced back yard, she was the self-proclaimed queen of the neighborhood.  I know that this is the house that everyone in the neighborhood hates, but ours was the one with the dog that would wake up and proclaim to the world each morning, "I am awake!  You are all my loyal subjects, and you should be awake too!  Everyone come and tell me how spectacular I am!"  At least, that's what I thought the barking sounded like it meant.

Anyone who has a dog for a period of time has a few stories to tell.  The time she got bit by a cottonmouth snake...the time she ate an entire 1 lb block of cheddar cheese...the time (ok, many times) that she ran away and we were so relieved when we found her. It's not the details of the stories that matter so much after all of these years.  It is the way remembering them makes you feel.

Through the years, Pepper began to slow down just like any one of us.  At our place in Texas, one of her favorite things in the world was to lay on the concrete patio in the sun next to the pool. 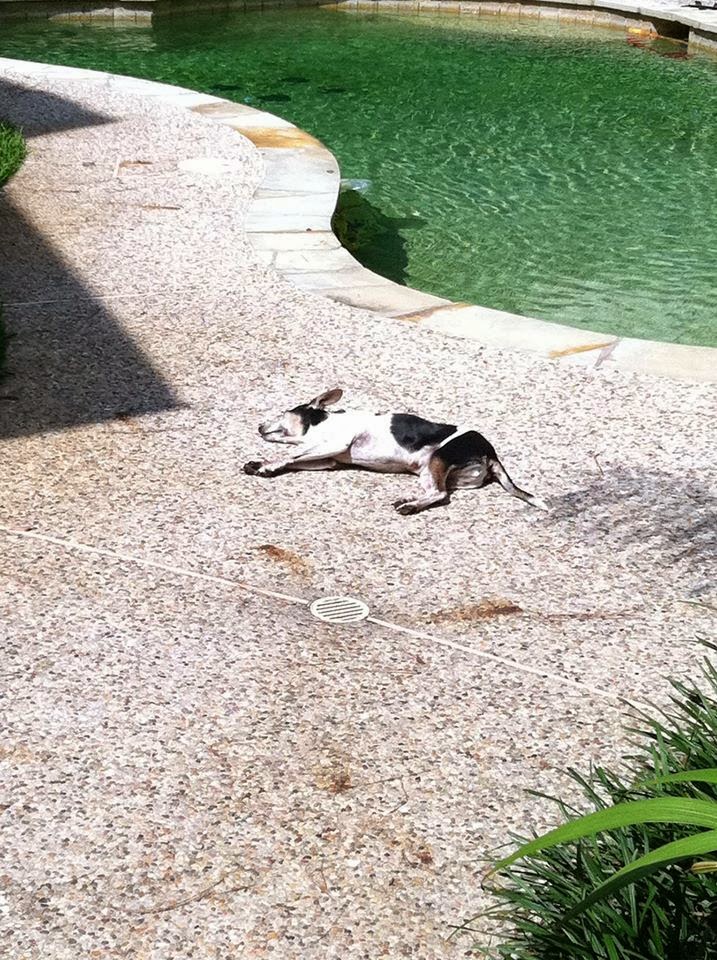 Over time, slowing down turned into getting old. It happens to all of us, but somehow it was harder to believe when it was the dog that was the crazy queen of the neighborhood.  We started to worry more as she started sleeping more.  As the lethargic days went by, we knew that we would have to say good-bye at some point, but no one really wanted to think about that.

Two weeks ago, with Pepper fighting illness and very uncomfortable, we knew the time had come.  After 15 years of love, we lost our crazy little Pickleberry.


We will miss so many parts of you...the sound of your announcements in the back yard, the tug-of-war with your stuffed animals, the cuddles on the couch.  Goodbye sweetheart. We will always love you.
Posted by Matt at 12:24 PM 1 comment: